There are many reasons for interior decoration, a new style a new apartment, a need for a change or just plain boredom but a water leak is not the most common or nicest one. But when I had a client call me about an emergency project I was intrigued. 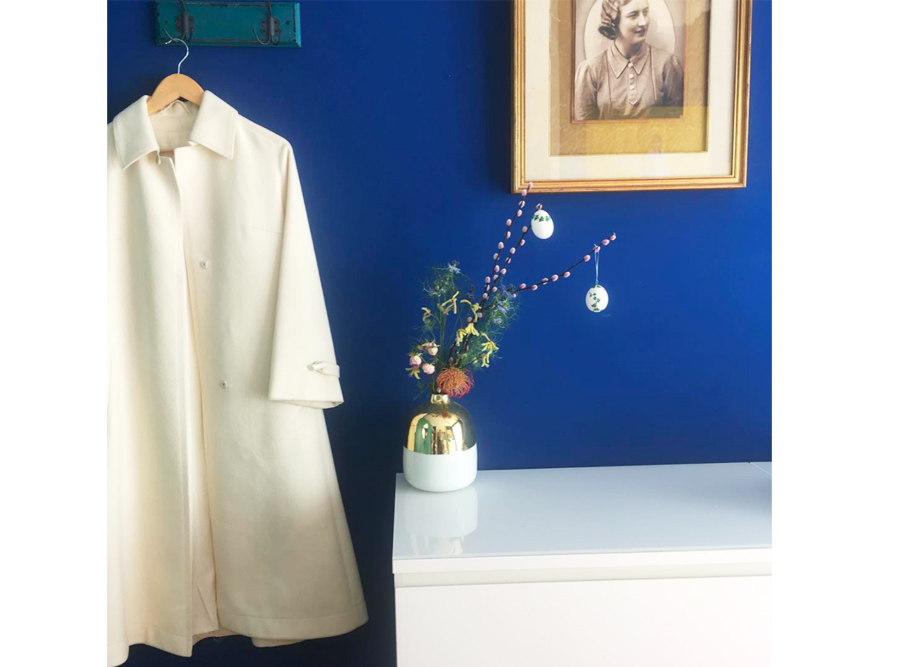 A bright blue created an immediate energy boost in the bedroom

The kitchen had to be completely gutted due to the water damage and we had to start from scratch. We opened up the kitchen by knocking down the enclosing wall and give the main room more light and space. A shelf which was stood directly at the glass door, blocking the natural daylight was also removed. 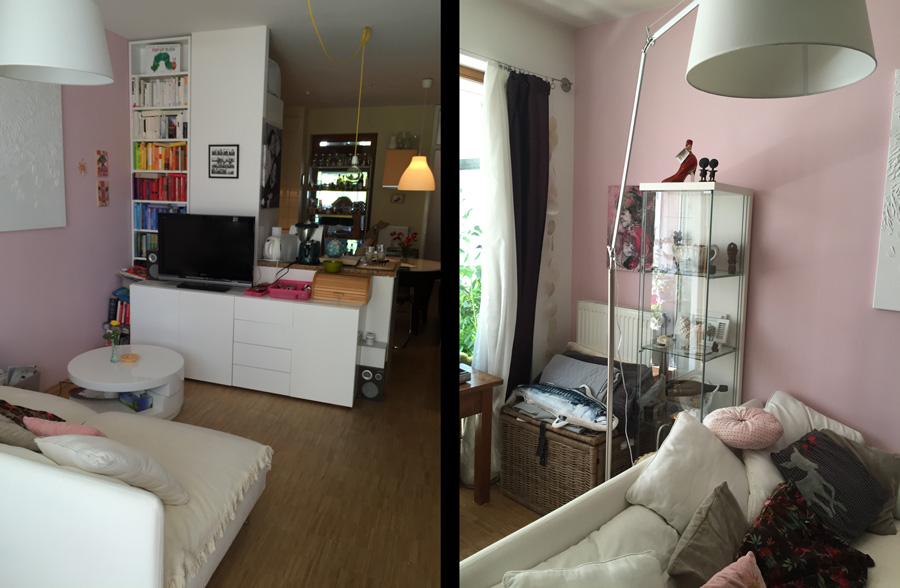 Before: The three room apartment filled with midcentury pieces and modern furniture needed an airier feel

We reomoved a bulky sofa which blocked the main entrance and replaced it with a bench, the existing table and chairs were moved over to the middle of the room. We added stainless steel shelving and had brand new Ikea kitchen cupboards fitted in white and yellow which matched with the original 70's vintage doors. We then had an air vent fitted and beautiful handmade oak flooring as well as bamboo worktops fitted by our G&H carpenter. To top it off we added an oak panel in front of the glass window to incorporate extra work space. 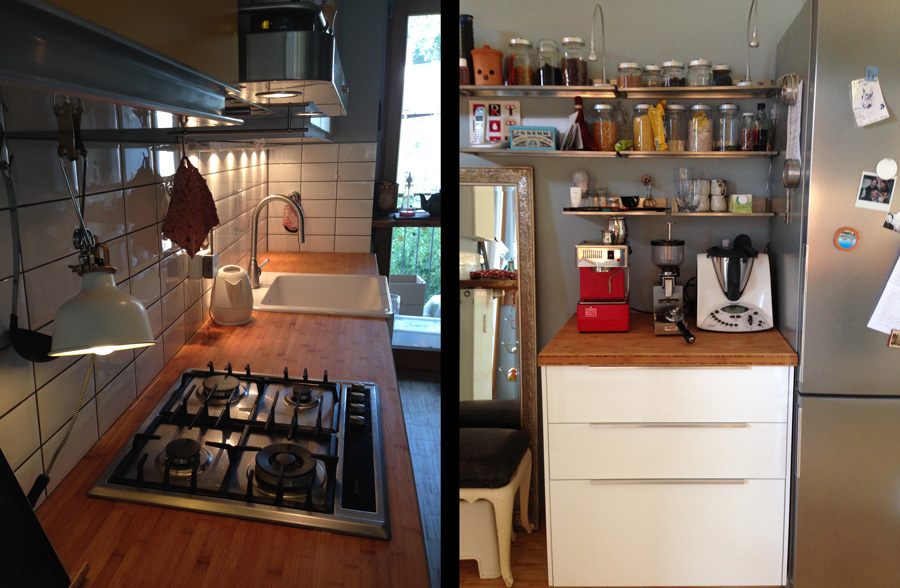 As far as the wall colour was concerned, my client wanted to go all out and instead of the plain white walls we decided on three different paint colours. A metallic copper in the hallway, which gave you a bling every time you stepped in and was accentuated by a lovely copper lamp. Then a fresh grey in the kitchen which complemented the yellow and white kitchen and in the lounge area we had an ice blue, which was far less cold than it sounds. 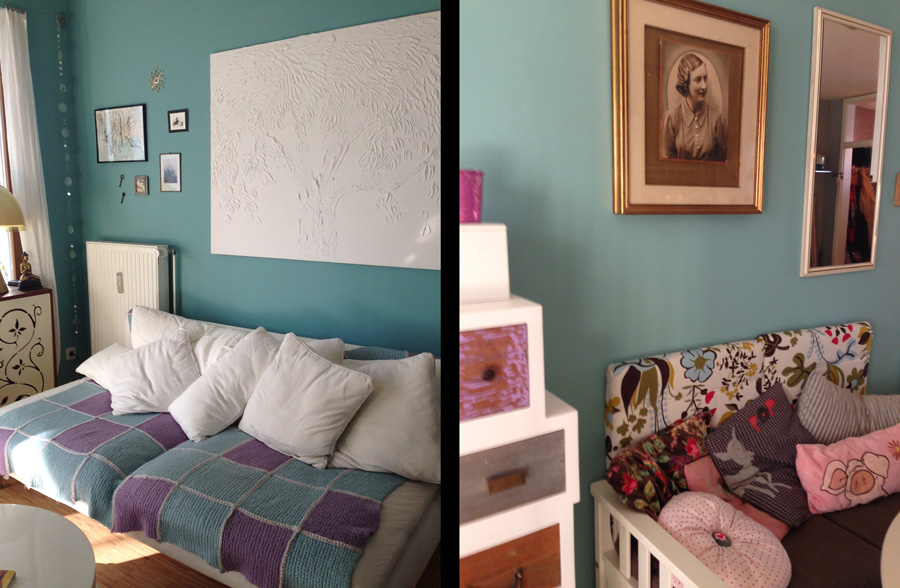 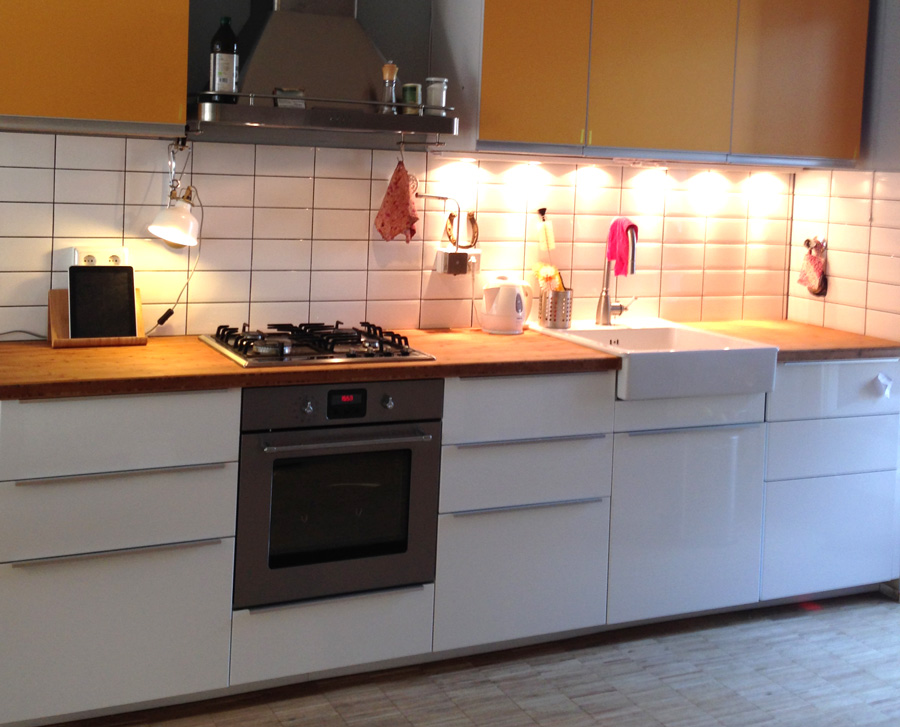 In the end we had an open-plan kitchen and lounge which gave the apartment an immediate airy feel and combined all of the mid-century accessories and furniture with modern pieces. We increased the natural light by taking away shelving and dark curtains and replaced it with neutral textiles, walls in fresh palettes and storing away the clutter. It felt like a whole new apartment and later on we even allowed for a coral wall near the bathroom and a dark blue bedroom. A magnitude of colours but in complete harmony.