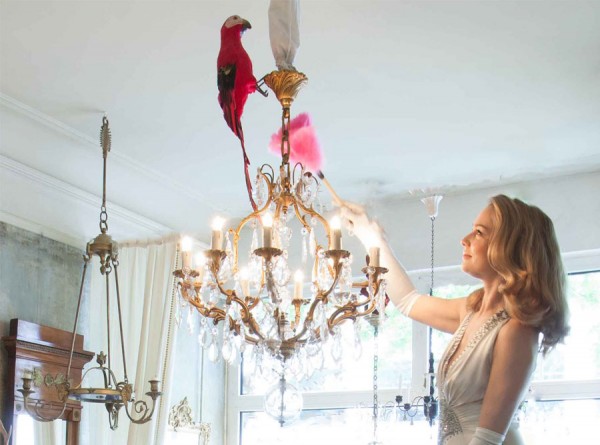 'She didn't think that by hanging a chandelier from the ceiling you made a room with a chandelier. She felt you'd made another world, which you could slip in and out of by some vague process of application.'  –Guy Mankowski

This stunning antique French crystal chandelier is beautifully detailed. Its ten arms are heavily draped with French pendant shaped crystals. This piece is finished on the bottom with a large crystal ball. Fully electrical. It will light up your room with glamour and elegance for years to come. Plus it was the star of our G&H photo shoot!

Important Information:
If this item is reserved or unavailable we are entitled
to withdraw from the contract and you will receive an
immediate refund.

Ps. Did you know that the earliest candle chandeliers were used by the wealthy in medieval times, this type of chandelier could be moved to different rooms. From the 15th century, more complex forms of chandeliers, based on ring or crown designs, became popular decorative features in palaces and homes of nobility, clergy and merchants. Its high cost made the chandelier a symbol of luxury and status.

By the early 18th century, ornate cast ormolu forms with long, curved arms and many candles were in the homes of many in the growing merchant class. Neoclassical motifs became an increasingly common element, mostly in cast metals but also in carved and gilded wood. Chandeliers made in this style also drew heavily on the aesthetic of ancient Greece and Rome, incorporating clean lines, classical proportions and mythological creatures. Developments in glassmaking later allowed more cost effective production of lead crystal, the light scattering properties of which quickly made it a popular addition to the form, leading to the crystal chandelier. (Source: Wikipedia)