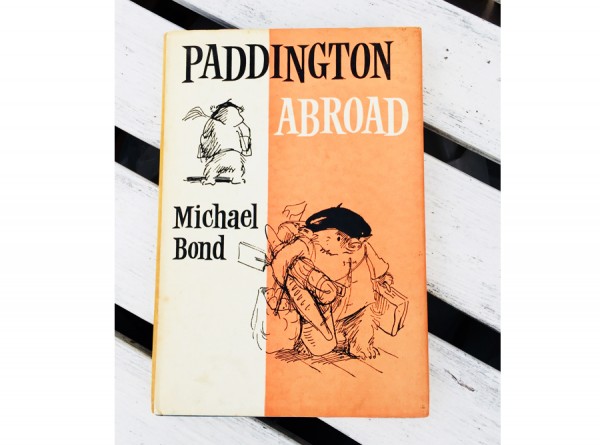 Description Evaluations 0
Description
Paddington goes on Holiday   "After all, he explained, "It is not every day we... more
Close menu
Product information "Paddington Abroad Book by Michael Bond - Second Edition"

"After all, he explained, "It is not every day we have a bear staying in St. Castille" - Michael Bond

Collins, London, 1964. Second edition of the fourth Paddington book, original paperback. The Browns are going on holiday to France, and Paddington is in charge of the "eyetinnery." He has the whole trip

planned down to the last marmalade sandwich, but somehow he takes the family far off the beaten path. With Paddington in charge, one should always plan on the unexpected.


Complete with its original dust jacket, and original price of 9s. 6d.net. There is a small amount of edge wear and light yellowing of the dust jacket but generally in a good clean condition throughout. No

annotations and it has delightful illustrations by Peggy Fortnum.

Condition: Near fine in a very good dust jacket